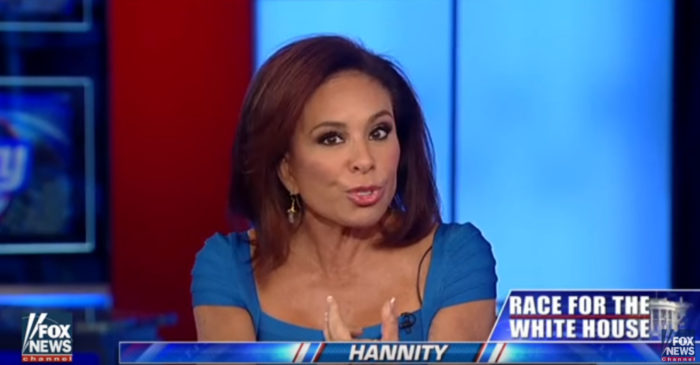 This is an election year how can Hillary still be in the race and under criminal investigation? We could get justice only if Hillary is indicted before the election. What is taking the FBI so long figuring out if an indictment needs to come down? Judge Jeanine weighs in.

Fox: Judge Jeanine Pirro went off on Hillary Clinton over her contention this week that there is “zero chance” that she will be indicted over her private email server.

She said that not only did the former secretary of state commit “about 15 different crimes,” but was primarily concerned about protecting herself and her closest aides from congressional and public scrutiny.

“She didn’t want Americans knowing what she was doing,” Pirro said on Hannity.

She also said she would bet her “bottom dollar” Clinton had the server set up so that she could continue raising money for the Clinton Foundation. More