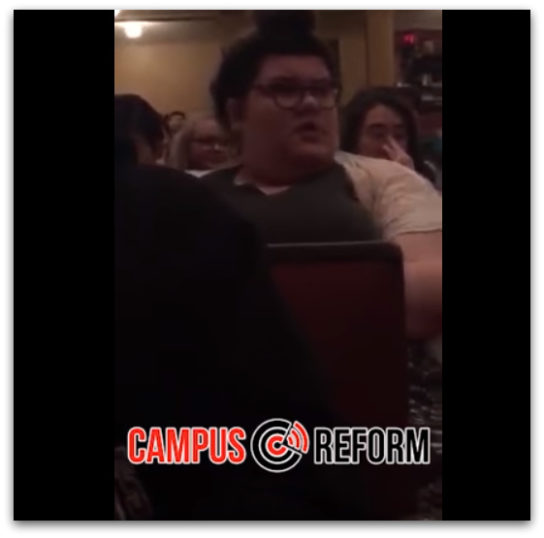 I bet her parents are really proud. This certainly made my day! I’m somewhere still laughing…

It seems wherever conservative speaker Milo Yiannopoulos goes, he causes delicate little snowflakes to melt into puddles of leaky goo looking feverishly for their safe space after being confronted by views contrary to their own.

The most recent example of this phenomenon comes from Massachusetts where a feminist student completely lost her mind after Yiannopoulos said feminism is a cancer. More

The incident occurred when the female protester interrupted the event over a comment Yiannopoulos made about feminism. Instead of caving and retracting his remark, Yiannopoulos doubled down and said that he viewed the ideology as a “cancer” on society.

When asked to quiet down, the unidentified student accused the speakers of trying to suppress her free speech rights.

“Stop talking to us like children!” she told a speaker when asked to quiet down.

“Then stop acting like a child,” the speaker shot back.