These rich people are now complaining are the very same ones who voted for Bill de Blasio and his liberal projects. LOL!

Why so much opposition to the spreading of diversity?

They elected this starry-eyed Communist so now they must live with him. Next time, be more careful, huh? 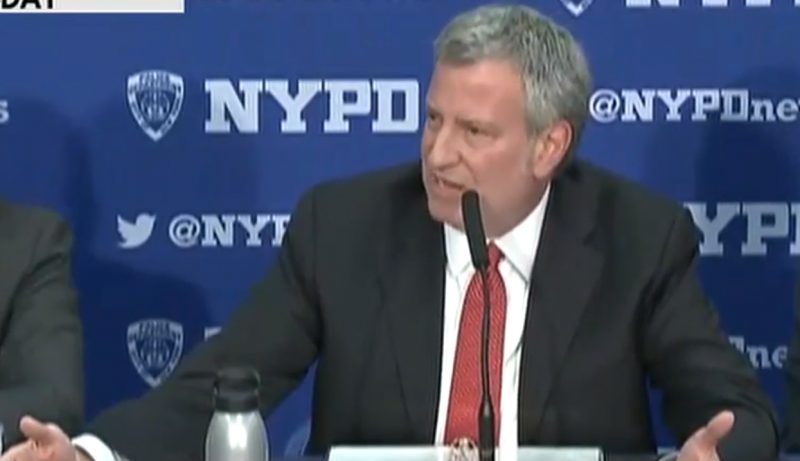 Dozens of wealthy residents packed into a community meeting to voice their anger over the decision to move 150 homeless men into the former Park Savoy Hotel, NY1 reports. The residents are concerned that the move will increase crime and decrease property values in their neighborhood on “billionaires row.”

“How are these poor people, whose only livelihood is in one bag, deal with a $6 coffee and a $15,000 dress on the windows of Fifth Avenue?” asked one resident, a middle-aged man with a foreign accent. “Aren’t we breeding crime by doing this?” he asked, earning applause from the audience.

Some residents have formed a group, the West 58th Street Coalition, to oppose the homeless shelter in their neighborhood, CBS2 reports. CBS2 identified the coalition’s leader as Suzanne Silverstein, a fashion executive who is the president of upscale women’s fashion line Parker NY, according to her Linkedin profile. More

Didn’t NEW YORKERS vote for him AGAIN !!! I think 🤔 NYers get the blame. Juss sayin

Oh I see, homeless and poor people are only good for liberal votes… they don’t want to actually help them get warm in their neighborhood. It’s OK for others to take them but homeless near the Wealthy Upper East Side Manhattan Dems… uhmm no. #Hypocrisy

Liberalism: the emotional and economic tornado that destroys everything in its path

I ❤ it…..they got what they deserve for voting for Socialist DeBlassio

This is called talking the talk and NOT walking the walk. It’s because they don’t want their neighborhood to become……….wait for it……. A SHITHOLE !

American Spies Gave Russians $100,000 To Get Dirt On Trump