There are likely more to fall… Michael Moore, Quentin Tarantino likely going down? This will be another great Christmas. Last year Donald Trump won, this year scumbags are going down.

Notice how the ones that yell the loudest about Trump are the vilest, filthy, disgusting reprobates themselves?

TGP: On October 5th, The New York Times blew the roof off of the decades long ‘open secret’ in Hollywood that Harvey Weinstein was essentially a sexual predator who preyed on young starlets. Weinstein reportedly paid off several sexual harassment accusers over the years. 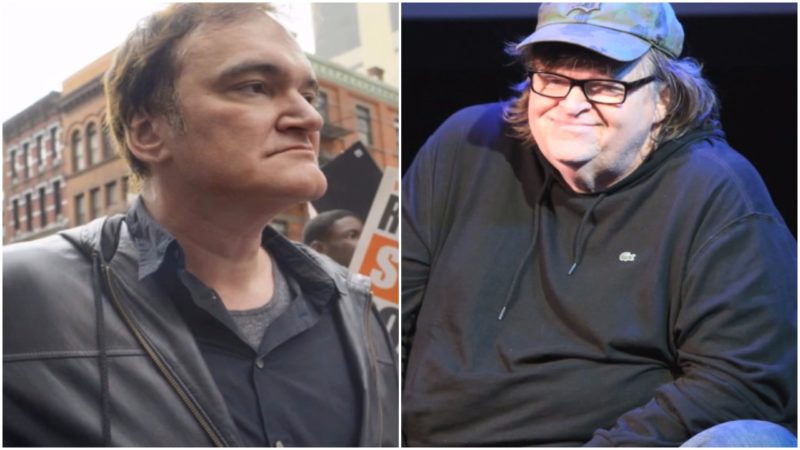 A tsunami of women have since come forward with their horror stories of sexual harassment and sexual abuse by Harvey Weinstein, including A-listers Gwyneth Paltrow and Angelina Jolie.

The Wrap reported that Weinstein was fired by his board of directors last Sunday.

Harvey Weinstein has been expelled from the Academy of Motion Picture Arts and Sciences, the L.A. Times reports.

As the Hollywood sex abuse scandal continues to unfold, more actors and directors are revealed to be implicated.

Robert De Niro is good friends with sexual predator Harvey Weinstein and remained silent after a tsunami of women came forward with rape and sexual abuse accusations towards the producer.

De Niro did however, go on a profanity-laced tirade towards President Trump at a charity fundraiser, calling him a low-life.

“One of my pleasures will be keeping people off my bench who don’t deserve a view of the park like Donald Trump,” he said during a speech.

“F–k you, Donald Trump. It’s a horror with this motherf—er.” The “Good Fellas” actor also described the President as a low life.

De Niro who has often been pictured with old pal Harvey Weinstein admitted that they haven’t spoken since the Weinstein sex scandal imploded.

Robert De Niro is another actor whose movies will be boycotted. We don’t care about actors’ political opinions. Actors are paid to entertain. That’s it.

De Niro is just another Hollywood Communist hack who will protect his producer buddy who is a sexual predator while slamming President Trump.

Weinstein’s sexual deviance was no secret. Certainly De Niro knew about it and said nothing. Hollywood is waging the real war on women.

The New York City born and bred duo Robert De Niro and restaurateur Drew Nieporent have made quite a culinary splash in their own backyard: the tony New York City neighborhood, TriBeCa. Their first collaboration was the Tribeca Grill, a luxe magnet for celeb seekers and gourmands alike serving clever international takes on American classics. Next came Nobu, which paired them with Nobu Matsuhisa, the Japanese chef who made black cod with miso famous. Sure, it’s not the Sunday Gravy that De Niro’s character in Goodfellas might eat, but the actor himself certainly seems to like it.

A Former waitress revealed how Weinstein used to treat her and the Tribeca Grill staff like garbage.

Harvey Weinstein was every bit the sleazy Hollywood caricature recent reports have made him out to be. When I was working as a waitress, I watched numerous times as a string of young women — some seemingly no older than 21 — entered the restaurant for long, flirty dinners with him, even though he was married with five children.

These women were all the same: vaguely European, always beautiful, stylishly dressed, and totally out of place next to someone like him.

[…]The ritual for his rendezvous was very firm. Champagne, caviar, and an unspoken rule that Weinstein and his date not be disturbed. The pair would sit close, whispering and touching each other suggestively. After dining, Weinstein and the woman would often disappear for a while, exiting the restaurant through a side door.

In yet another stunning twist to the Hollywood-wide sex abuse scandal, former “ER” actress Vanessa Marquez took to Twitter Friday, accusing George Clooney of helping to get her blacklisted after revealing to show management that she was “sexually and racially harassed daily on set.”

Marquez says her allegations were ignored by her bosses and the media. Maybe people were “afraid of big names,” says the actress.

A former “ER” actress claims that she was sexually and racially harassed daily on set — and George Clooney helped “blacklist” her from Hollywood when she complained.

“Clooney helped blacklist me when I spoke up abt harassment on ER.’women who dont play the game lose career’I did,” tweeted Vanessa Marquez, who played a nurse on the show’s first three seasons.

She accused actor Eriq La Salle and a crew member of being “p—sy grabbers” and said racial abuse about her Mexican heritage came from “Anthony,Noah,Julianna,” referring to cast members Anthony Edwards, Noah Wyle, and Julianna Margulies.

News comes after a top Amazon executive was suspended for similar claims.

From The Hollywood Reporter;

On the evening of July 10, 2015, after a long day of promoting Man in the High Castle at Comic-Con in San Diego, Hackett attended a dinner with the show’s cast and Amazon staff at the U.S. Grant Hotel. There she says she met Price for the first time. He asked her to attend an Amazon staff party later that night at the W Hotel (now the Renaissance) and she ended up in a taxi with Price and Michael Paull, then another top Amazon executive and now CEO of the digital media company BAMTech.

Once in the cab, Hackett says Price repeatedly and insistently propositioned her. “You will love my dick,” he said, according to Hackett, who relayed her account to multiple individuals in the hours after the alleged episode. (The Hollywood Reporter has confirmed Hackett told at least two people about the alleged incident in the immediate aftermath.) Hackett says she made clear to Price she was not interested and told him that she is lesbian with a wife and children.

Amazon has suspended Roy Price, the frisky executive accused of sexual harassment. They are dropping like flies, aren’t they?

“Roy Price is on leave of absence effective immediately,” and Amazon spokesperson told Variety Thursday. “We are reviewing our options for our projects we have with the Weinstein Company.”

The Amazon Studios president’s departure comes in the face of renewed sexual harassment allegations and multiple signs that Amazon and others in the industry had withdrawn their support from the embattled executive. Insiders have speculated for months about Price’s possible departure from his role as head of Amazon’s original-video arm. Multiple agents and producers who spoke to Variety in recent weeks speculated that such a departure may come soon.

As we go down the rabbithole so to speak, Weinstein’s money can be traced back to Michael Moore and Quentin Tarantino.

And it’s only going to get worse — because it won’t just be Weinstein’s business that suffers. Weinstein money is tied up in ventures being pursued by Michael Moore, Quentin Tarantino, and Broadway’s most recent rising star, Lin Manuel Miranda (“Hamilton”):

That includes In The Heights book writer Quiara Alegria Hudes and composer Lin-Manuel Miranda. Hudes today Tweeted a desire to see the musical extricated from TWC, and Miranda re-tweeted it. Truth be told, that long gestating project will revert back to its authors in a few months, but they are hardly the only talent in town turning in a vote of no confidence in the wake of the staggering events of the last week. […]

In Cannes last spring, TWC announced Fahrenheit 11/9, Michael Moore’s sequel to the all-time highest grossing documentary, Fahrenheit 9/11. The new film, about the election of Donald Trump, was expected to open next month. A theatrical release was possible, but at a buyers screening at Cannes, HBO and Amazon were among the outlets mulling a combination of a limited theatrical and an event broadcast window.