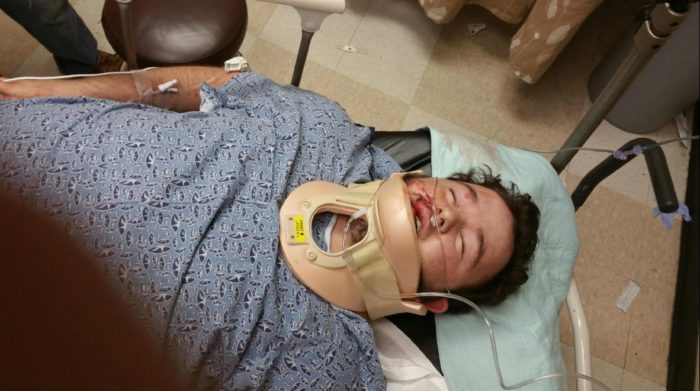 Once again the BLM movement is showing that only black lives matter and white people don’t. When is this non-sense going to stop?

Sylacauga Police Chief Kelley Johnson says a large group of students gathered in the parking lot of the old Ace Hardware behind the Sonic on W Fort Williams Street in downtown Sylacauga.

When officers arrived, they found him bleeding from his head. Medics took him to the Coosa Valley Medical Center in Sylacauga and he was then airlifted to UAB Hospital where he is in critical condition recovering from head injuries.

Allen says her son suffered a broken skull in a few places and is bleeding from the brain.

Johnson says witnesses are telling police there was an incident at Sylacauga High School last week involving the victim and some of the persons of interest. He says there may have been a verbal exchange or a social media post about the ‘Black Lives Matter’ movement, which may have sparked Friday night’s assault.

Investigators will be interviewing witnesses and getting an update on the victim’s condition Saturday.

Charges will be determined by the District Attorney’s office.

Johnson says there are a lot of rumors flying around right now and he wants to assure the community they will do a thorough investigation. More