This report is just another example of why she lost and why the democrats will continue to lose again.

Is the lesson they are determined NOT to learn is the one about ‘identity politics?’ 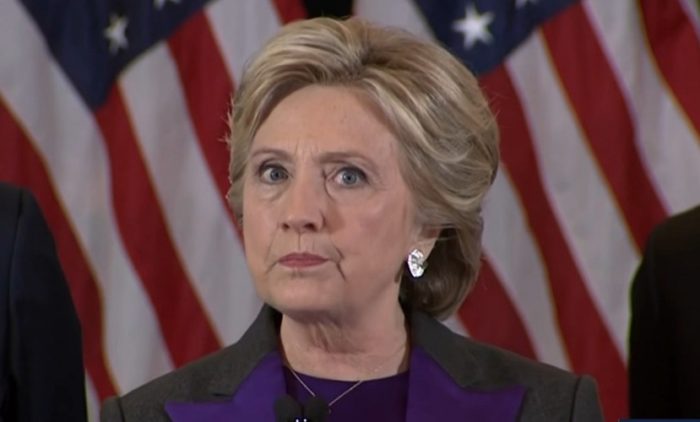 MSN: A group of top Democratic Party strategists have used new data about last year’s presidential election to reach a startling conclusion about why Hillary Clinton lost. Now they just need to persuade the rest of the party they’re right.

Many Democrats have a shorthand explanation for Clinton’s defeat: Her base didn’t turn out, Donald Trump’s did and the difference was too much to overcome.

But new information shows that Clinton had a much bigger problem with voters who had supported President Barack Obama in 2012 but backed Trump four years later.

Those Obama-Trump voters effectively accounted for more than two-thirds of the reason Clinton lost, according to Matt Canter, a senior vice president of the Democratic political firm Global Strategy Group. In his group’s analysis, about 70 percent of Clinton’s failure to reach Obama’s vote total in 2012 was because she lost these voters.

Canter and other members of Global Strategy Group have delivered a detailed report of their findings to senators, congressmen, fellow operatives and think tank wonks — all part of an effort to educate party leaders about what the data say really happened in last year’s election.

“We have to make sure we learn the right lesson from 2016, that we don’t just draw the lesson that makes us feel good at night, make us sleep well at night,” Canter said.

His firm’s conclusion is shared broadly by other Democrats who have examined the data, including senior members of Clinton’s campaign and officials at the Democratic data and analytics firm Catalist. (The New York Times, in its own analysis, reached a similar conclusion.)

Each group made its assessment by analyzing voter files –– reports that show who voted in every state, and matching them to existing data about the voters, including demographic information and voting history. The groups determined how people voted — in what amounts to the most comprehensive way to analyze the electorate short of a full census. More