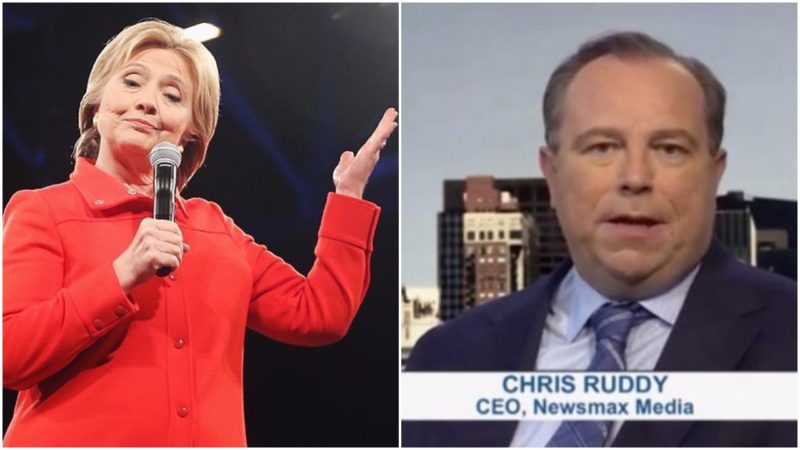 It’s really a shame this is how dirty politics has gotten. What the Democrats are doing to “we the people” in the United States is why we need to stand up and fight against them. Vote Donald J Trump!

Why was the CEO of Newsmax emailing Hillary’s current Campaign Chairman John Podesta about meetings with conservative leaders in DC? And is Christopher Ruddy using his website to encourage millions of Americans to walk away from Trump and vote for Hillary?

Christopher Ruddy, the CEO of the “conservative” cable TV and news website Newsmax became famous in the late 90’s for his conspiracy theory that the former Clinton White House aid Vince Foster was murdered and that he did not commit suicide. He actually wrote a bestseller book titled, “The Strange Death Of Vincent Foster.” In 1997 Ruddy said the suspicious death of Vince Foster made Watergate “look like child’s play.”

Fast-forward to February 2014, to find Ruddy curiously making a $1 MILLION donation to the Clinton Foundation.

In February 2015, Newsmax CEO Chris Ruddy told the Wall Street Journal, “Hillary would make a great President.” In the latest Wikileaks email dump #9, it appears that Chris Ruddy was in communication with John Podesta about helping to coordinate a meeting with conservative leaders and US Congressman Mario Diaz Balart (R-FL) on July 7th.

The first Wikileaks email dated, June 10, 2014 allegedly from “conservative” CEO of Newmax Chris Ruddy to John Podesta appears to be a follow-up to a previous email where Chris Ruddy informs Podesta he will be in DC during the week of June 23rd. The email was then forwarded to the White House and marked “priority.” 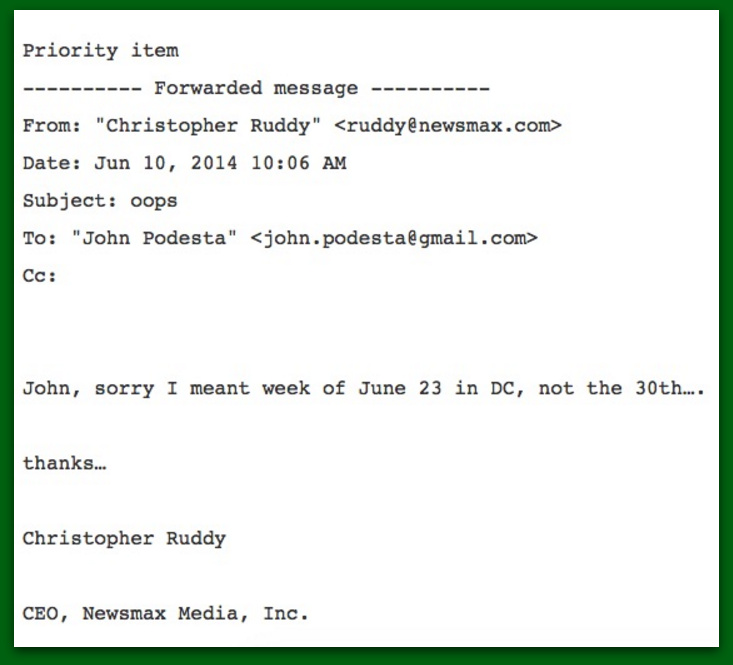 The next Wikileaks email dated June 25, 2014 to John Podesta allegedly from Chris Ruddy, appears to express the frustrations of the Congressman who says, “the whipping is not going well in terms of votes” and that, “they really have been hurt by the Cantor loss”.

The real question is, why is the CEO of a “conservative” news source helping to pass news along to Hillary Clinton’s  Campaign Chairman, leftist John Podesta, who in turn sent his email marked “priority” to the White House? Was this an effort to help Barack Obama and Hillary Clinton with her dream to see an America with “open borders”? What exactly was his role with John Podesta and conservative leaders?  More