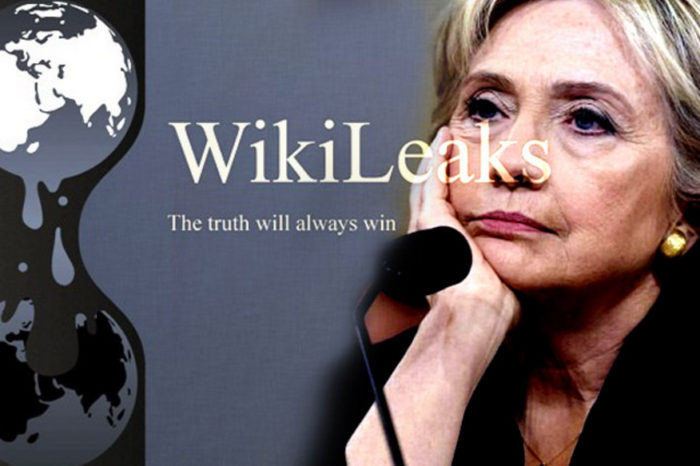 We are not even close to getting past the tip of the iceberg. The the truth is still buried and will take a President Trump to drain the swamp to expose all the deviancy lying just beneath the surface.

Jennifer Palmieri, the Director of Communications with the Hillary Clinton campaign, and top Clinton advisors conspired to withhold emails from FBI investigators.

Palmieri and top Clinton advisors committed conspiracy with campaign consultants to only turn over 55,000 emails to the State Department knowing there were more emails they were withholding.

This was released by Wikileaks on Thursday November 3, 2016.

Definitely
Sent from my iPhone
> On Mar 4, 2015, at 8:01 PM, Margolis, Jim wrote:
>
> Yes.
> If there is a release of the 55K, are there others that are not being
> released?
>
> On 3/4/15, 7:25 PM, “Jennifer Palmier I” > wrote:
>
>> Team – wanted to let you know that Cheryl is working with State to get
>> agreement on release of the 55k pages of emails she have to State. The
>> hope would be that we are able to say tonight to the press that we are
>> working with State to get emails released soon. Not sure where those
>> discussions will land, but hope is either State agrees to release on
>> timely basis or we pledge to release them ourselves in ten days/week.
>> Assume you all would agree this is right move?
>>
>> Sent from my iPhone

Here is a copy of the email: 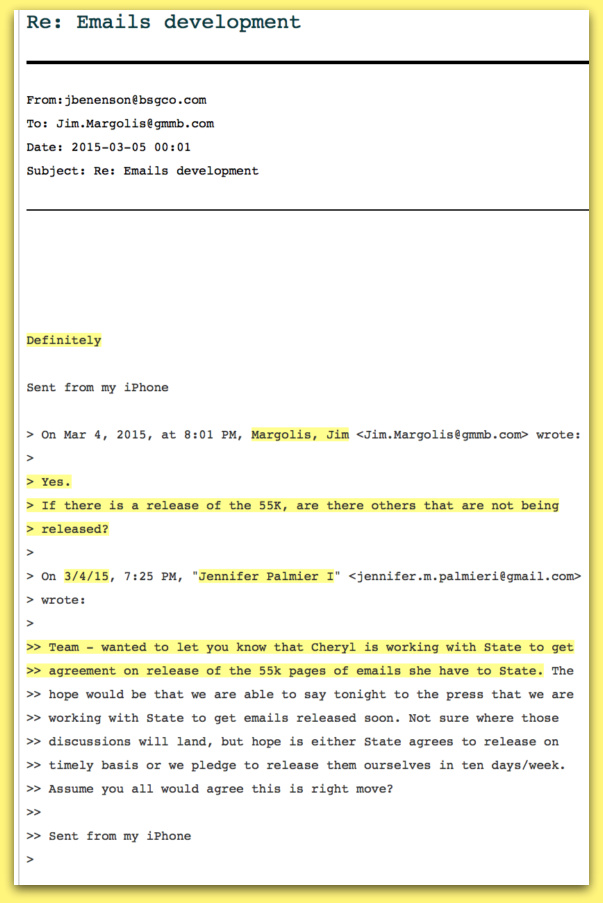