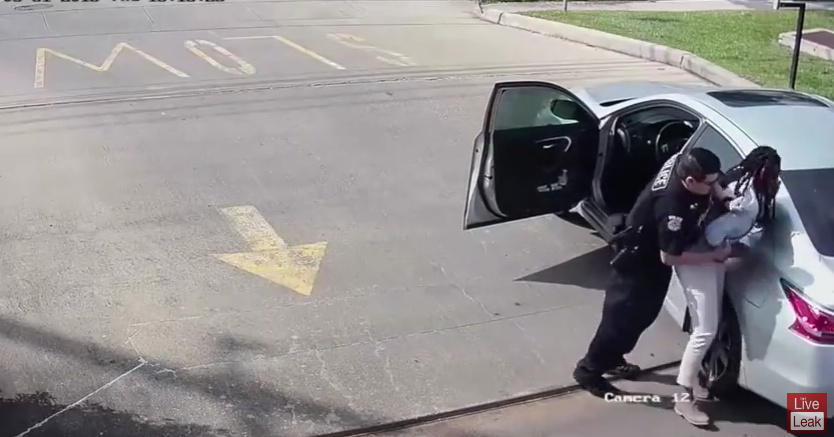 She was pulled over and refused to cooperate? This is BLM’s fault for the half truths and lies they spread everywhere. Do you think this would have happened if she wasn’t convinced every cop in the U.S. was gunning for her just because she’s black? No matter how you look at it she was in the wrong, and there was a security camera there to catch all her lies.

This is the next ‘hashtag’ Black Lives Matter case.

Several things to note. She was stopped for allegedly crossing a double line, according to her. She apparently was uncooperative with the officer, who still waits patiently for her to call on the phone to call for other cops. she refused to hand over her license to him which she admits on the phone. Then after he begins to arrest her, she resists while still shouting on the phone, claiming he is trying to tase me (he wasn’t), he’s pulling my hair (he didn’t, at least not on camera). All the while she is complaining about him on the phone, she is resisting. At no point does he appear to be doing anything other than getting her under control.

A police officer pulled over Earledreka White in March for crossing the double white line, and she called 911 to ask for police backup because she was afraid of the officer who stopped her, reported the Houston Chronicle.

“I would like another officer to come out here,” she says to the dispatcher. “My heart is racing. I’m really afraid.”

The 28-year-old White was placed in handcuffs and charged with resisting arrest during the encounter, and then jailed for two days — where she feared she might end up dead like Sandra Bland, another black woman arrested in Texas following a routine traffic stop. More