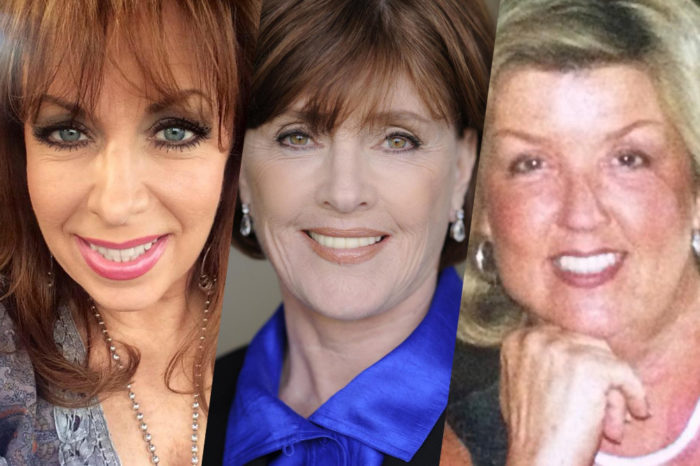 So sick of Clinton’s being protected for all the disgusting things they have done! They both should be under the jail!

Just think Bill Clinton went on to become President. Now his power-hungry wife, who trashed these ladies, could go on to be our next President as a champion to women. What the heck is wrong with this picture?

In addition to his well-known dalliances over the years with, amongst others, Monica Lewinsky and Gennifer Flowers, at least 9 women have accused former president Bill Clinton of sexual misconduct. In some of these cases, Hillary is believed to have been part of the political operation that went out of its way to attempt to smear and destroy the reputations of Bill Clinton’s accusers.

While former President Bill Clinton’s checkered record when it comes to relationships with women–and Hillary’s subsequent enabling–might have been well known in the 90’s, a new generation of voters may not be familiar with Clinton’s past.

Paula Jones: A former Arkansas state employee, Jones sued Bill Clinton in 1994 for sexual harassment. Jones claims that in 1991 then Arkansas Governor Bill Clinton propositioned and exposed himself to her in a Little Rock hotel. Clinton eventually settled with Jones out of court for $850,000, but never admitted to any wrongdoing.

Juanita Broaddrick: Broaddrick, a former nursing home administrator, alleges that Bill Clinton, who was running for Arkansas governor at the time, raped her in an Arkansas hotel room in the spring of 1978.

Kathleen Willey: Willey was a White House volunteer aide who, in March of 1998, alleged on the TV news program 60 Minutes that Bill Clinton had sexually assaulted her during his first term as President.

Eileen Wellstone: Wellstone, an English woman, alleges that Clinton sexually assaulted her after she met him at a pub near Oxford University where Clinton was a student in 1969.

Carolyn Moffet: Moffet was a legal secretary in Little Rock in 1979, said she met Governor Clinton at a political fundraiser and was invited to his hotel room. Moffet alleges that she fled the hotel room after Clinton demanded she perform sex acts on him.

Elizabeth Ward Gracen: A Miss Arkansas who would go on to win the Miss America contest in 1982, Gracen alleges that she was forced by Clinton to have sex with him shortly after she won the Miss Arkansas competition.

Becky Brown: Becky Brown was Chelsea Clinton’s nanny. L.D. Brown, an Arkansas State Trooper and Becky’s husband, claims that Clinton attempted to seduce her in while the two were in governor’s mansion.

Helen Dowdy: Dowdy, the wife of one of Hillary’s cousins, alleges that in 1986 Bill Clinton groped her on the dance floor of a wedding.

Cristy Zercher: Zercher was a flight attendant aboard Clinton’s campaign jet from 1991-1992. Zercher told the Star magazine that Clinton groped her for over 40 minutes. More

FLASHBACK VIDEO! BILL CLINTON: “I did not have sexual relations with that woman”