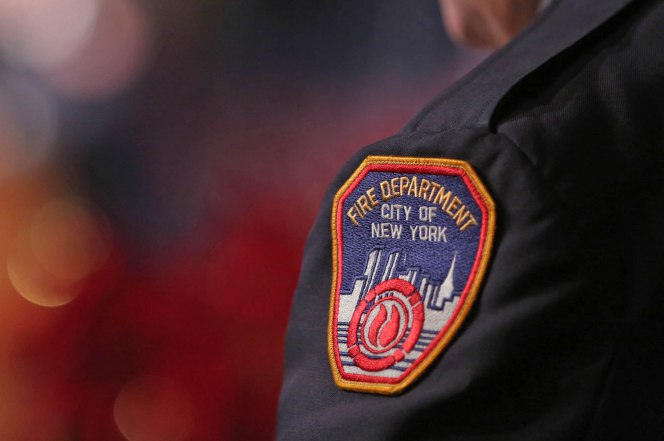 It won’t be long before each state is following New York’s lead in sensitivity training. This country has become so delicate that one wrong pronoun can cause a riot.

Firefighters and medics will take their first “Trans 101” course on Tuesday, learning the correct way to interact with transgender people — and even getting a lesson in what LGTBQI actually stands for, a city official said.

(It stands for lesbian gay trans bisexual queer/questioning and intersex.)

The two-hour sensitivity training was launched in March by the city Commission for Human Rights after Mayor de Blasio signed an executive order allowing people to use any public bathroom or locker room they identified with, regardless of their sexual anatomy.

The training at FDNY headquarters in Downtown Brooklyn will go over correct terminology and even how to ask for a person’s preferred pronoun.

“People need to learn to not be afraid to ask someone who is transitioning genders what their pronoun is,” said a Commission for Human Rights spokesman.

Pupils also learn which words are no-nos and what the difference between gender identity and gender expression is. (The former being the gender someone identifies as and the latter being how gender is conveyed through appearance.)

Firefighters have been largely silent on the new sensitivity training, and it might be because many don’t even know about it yet. Firefighters questioned at five Brooklyn companies Saturday said they knew nothing about it.

“It’s never been an issue, but people have made it an issue,” said one fireman. “This is one of those trainings where they’re just preparing for a potential problem.”

Employees of city pools have also begun training in time for Wednesday’s opening of the summer swim season, where gender sensitivity issues are more likely to arise in locker rooms and bathrooms.

“It’s especially important for Parks employees [to take the training]because they work in a place that involves changing clothes,” a commission spokesman said. More

Philly Schools Ordered To Pay Out $2.3 Million For Anti-White Racism