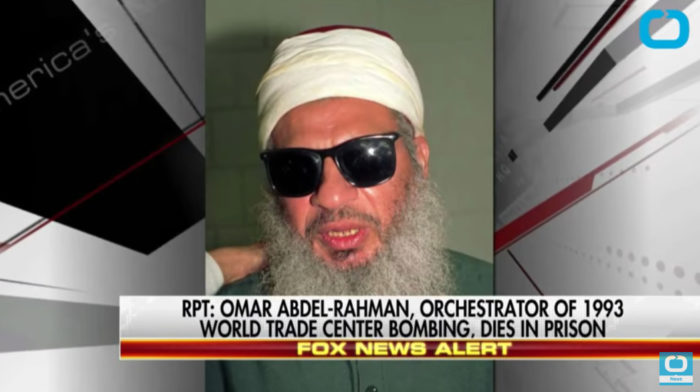 Good riddance to the murderous, godless thug. So sad that good Americans died because of this nutcase.

He should have got the death penalty 20 years ago. But American justice is so compassionate they let him recruit more terrorist for all the time he spent in jail.

The man convicted of the 1993 World Trade Centre bombing has died in prison in the US, according to reports.

Omar Abdel-Rahman, also known as the Blind Sheikh, was serving a life sentence for masterminding the attack on the New York landmark which resulted in the deaths of six people.

Abdel-Rahman’s son Ammar told the Reuters news agency that his father had died.

He said that his family had received a phone call from a US representative who relayed the news.

Abdel-Rahman was a former leader of the Egyptian Islamist militant group al-Gamaa al-Islamiyya.

Besides the 1993 attack on the World Trade Centre he was alleged to have planned to blow up other prominent New York buildings, including the UN headquarters.